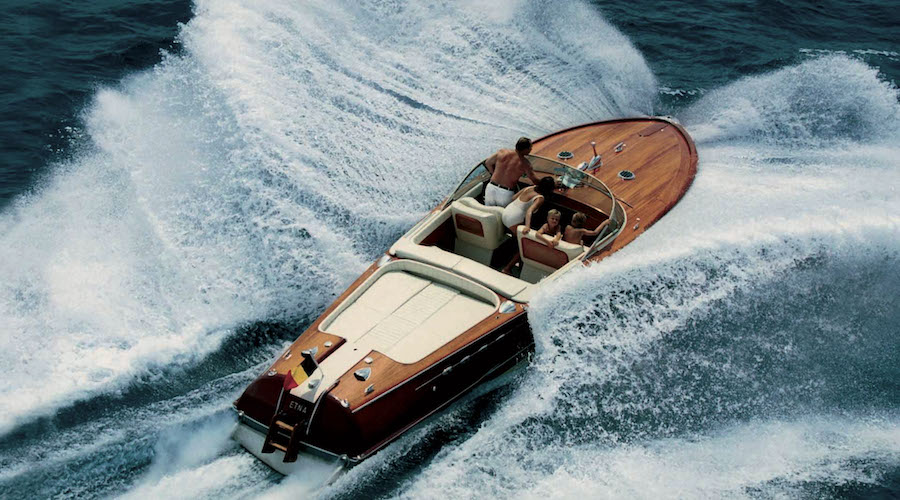 “A Riva motorboat is always restorable.”

Let’s find out today in this article what the cult models are, how they came into being and how some of the most prized pieces of Italian boating history are being reborn today.

For some people they are the most beautiful in the world, others would go to great lengths to get them, and there are probably even some who don’t like them, for who knows what reason. But one thing is certain: everyone knows the Riva. A British magazine in the 1990s conducted a poll among its readers about which boat name they knew best. The result? Aquarama, one of Riva’s cult models. There are few countries in the world where Carlo Riva’s boats have not arrived. 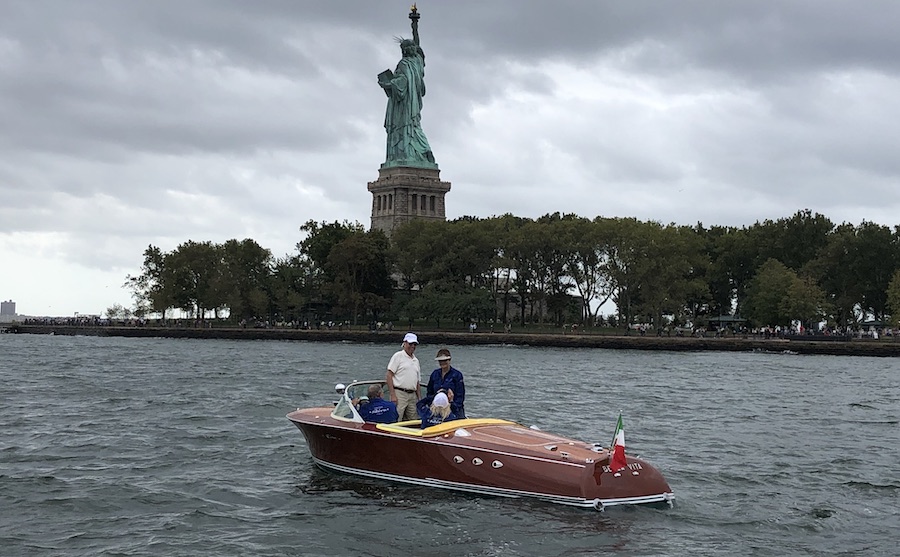 Why Riva motorboats are worth so much

“It has been the strength of the shipyard from the very beginning,” explains Piero Maria Gibellini, president of the Riva Historical Society, founded in 1998 with Carlo Riva himself. and there were no real international rivals, only competitors on the local level. Riva’s, on the other hand, were distributed everywhere. And then one of these boats is equivalent to a cashier’s check.”

The work done around the brand from the creation of the association, to the various clubs with members, around the world, has ensured that a Riva boat, wherever it is in the globe, has a certain secure value. Carlo Riva was undoubtedly very skillful not only in building and designing, but also in advertising and selling his Rivas. 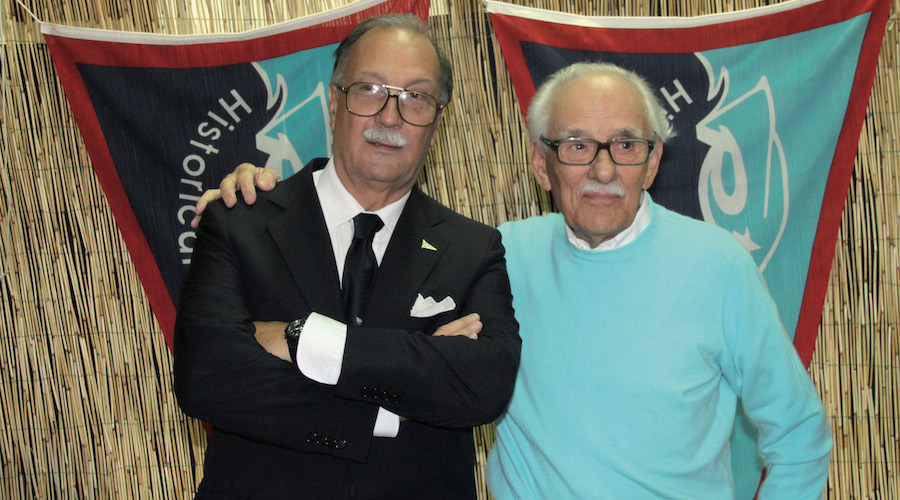 The period between the 1960s and 1970s, when all the celebrities from the movies and beyond spent their vacations on the French Riviera aboard their Ariston or Aquarama left an indelible imprint and played a role in the consecration of the brand, so much so that even today a Riva refers back to those images and protagonists as well.

“Despite this,” continued Piero Gibellini. do not think that one of these boats has a certain value just because it belonged to a star. The only two that, in my opinion, have a special value related to their owners, which may have its own weight in the price, are the Riva Junior that belonged to Brigitte Bardot and Sophia Loren’s Aquarama, which by the way is for sale.” 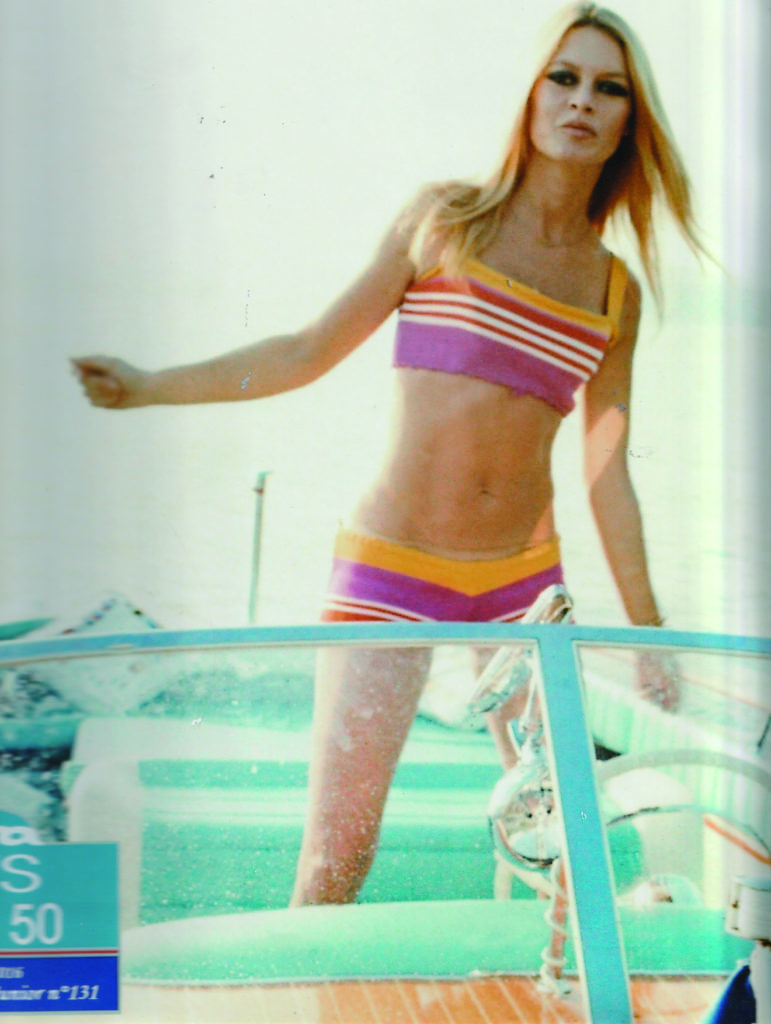 The most beautiful Riva speedboat of all

There is also a classic Riva that, according to many, deserves the title “most beautiful of all.” Among the supporters of the thesis are Carlo Riva himself and Piero Gibellini. “The Ariston is the boat I fell in love with,” explains Piero Gibellini. – I purchased one in 1989. For me and for the Engineer (Carlo Riva ed.) it was, and is, the most beautiful. This design has the appeal of disregarding all market and usage logics. You can’t say it’s the most comfortable, but it’s the absolute purest.” 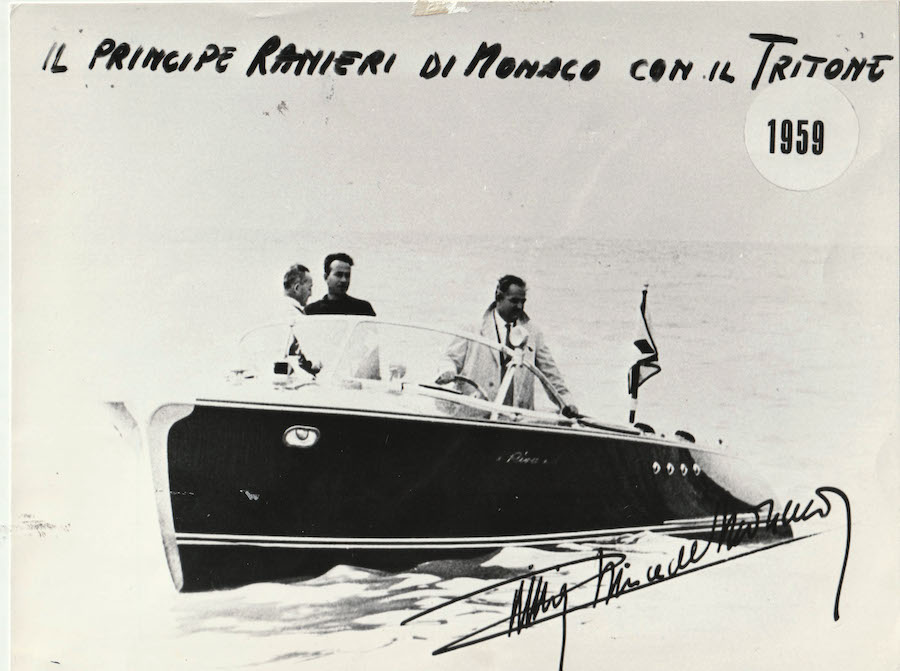 “When we talk about the most beautiful, we cannot forget the Triton, which for a long time was one of the top models and the predecessor of the Aquarama, which was later born on the same hull. The appeal of the Triton was so strong that it took Aquarama about five years to get it out of production.”

The Aquarama is perhaps of all models the most famous and was born at the explicit request of customers who wanted a more practical Triton. In order not to spoil the perfect line of the boats-just think of the “Carlo Riva stern,” which develops as one seamless volume-the Triton was, when tested, impractical.

The Aquarama, which went into production in 1962, brought improvements, such as a sickle bar at the perimeter of the bow gunwale for resting your feet or an easier-to-reach stern sundeck. In 1969 came the last version of the hull, the smoothest in sailing, and the livability process culminated in 1972 with the Aquarama Special, born on the hull of the Super, which can be recognized by its more elongated stern, crossed by a walkway that ends in a swim platform (a solution we see today that is increasingly larger and on all types of boats) to make access to the water easier.

From the beginning of the century with the first prototypes, predating mass production, by Serafino Riva, who first tried his hand at building pleasure boats, making a name for himself in powerboating, wooden Rivas have spanned almost a century, until 1980 and the Olympic, the last remaining wooden model to be mass produced, excluding the Aquarama Special, which remained on the list until 1996, since ’90 produced on demand.

How to restore Riva motorboats.

The world’s most famous speedboats are, however, still in splendid shape today. How? Thanks to the work of people like Romano Bellini and his company, Bellini Nautica, which he carries on with his children Battista, managing director, and Martina, marketing manager. 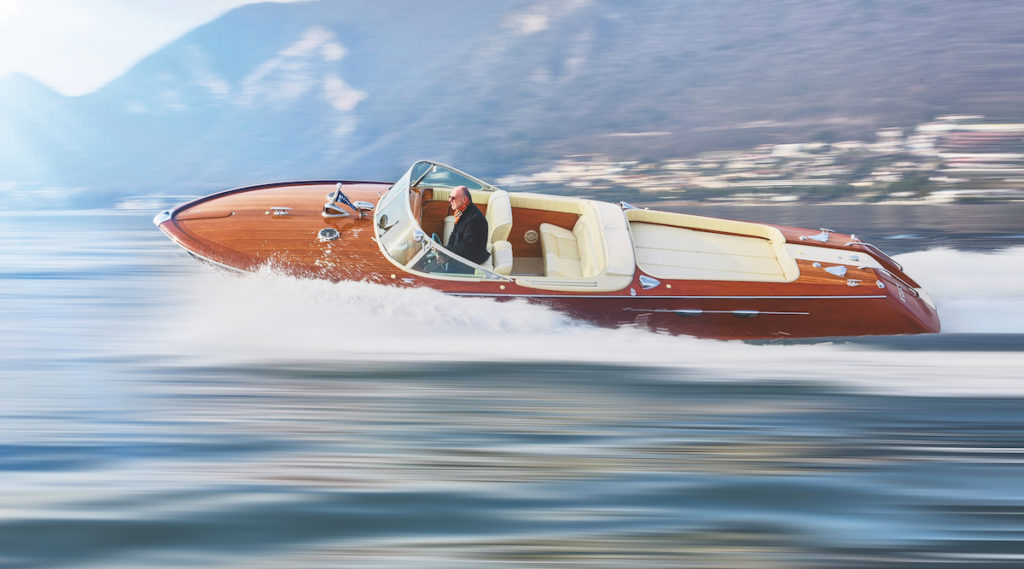 Romano Bellini aboard an Aquarama from the collection.

“A Riva is always restorable,” says Romano Bellini, who, while not a shipwright, has been working on restoring wooden boats all his life. Suffice it to say that the first Riva bought it when he was 16 years old, and today he has the largest collection in the world(Read the article here)

“In restoration,” Romano continues, “we work mainly with Rivas and do at most a dozen boats a year, no more. Each boat needs an average of 9-12 months.

It all starts with an analysis of the boat, the condition of the hull, engines, and upholstery. The goal is to always restore the original parts, but there are also times when this is not possible. For wood, the choice of raw material is crucial: the logs we use must be perfect, depending on the parts of the boat. 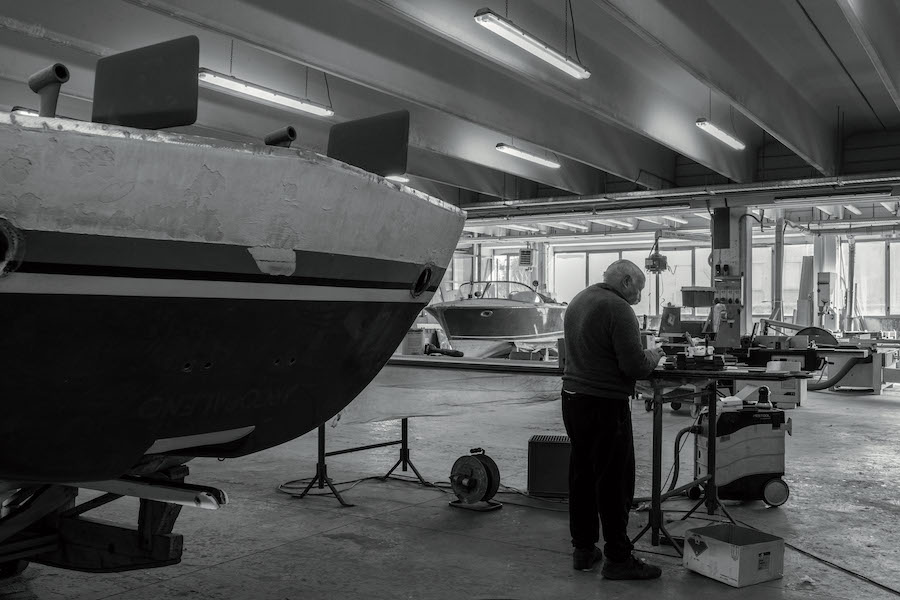 For the dashboard, for example, they should be without veins, as Carlo Riva wanted. The mahogany that our shipwrights employ on the Rivas must remain at least five years to season. For upholstery, we have been using the same upholsterer for forty years, and this applies to chrome plating, which needs very special processes. 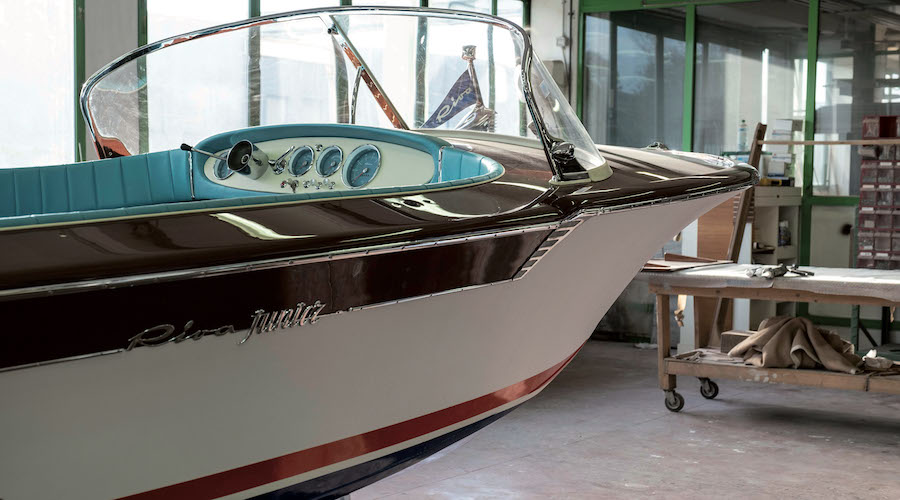 It takes a lot of passion, because it is meticulous work, where you cannot be superficial or hasty. To restore a Riva to its original splendor requires, for example, thirty coats of paint. And, before the last two, the boat has to be put in the water to see that everything is okay, from the engines to the seal. I care about every single boat they entrust to me, as if it were my own, also because they are pieces of history that need to be preserved as best as possible.”

Interviews, boat trials, webinars. The whole world of powerboats, minute by minute. But on video!
CLICK HERE
To sign up, it’s free!

To stay up-to-date on all the boating news, selected by our editorial staff, sign up for the Motor Boats newsletter! Just click the link below, accept the Privacy Policy, and click the “Subscribe Me” button. You will then receive the best powerboat news on your email, twice a week! It’s free and you can unsubscribe at any time, no obligation! CLICK HERE.