The Enchantment of the Aeolian Islands

The Aeolian archipelago consists of seven islands plus various islets and rocks. It is considered the most beautiful archipelago in the Mediterranean and among the most beautiful in the world. The inhabited areas are usually built to the east, the side sheltered from the strong and frequent Mistral winds. Each island has bays sheltered from the wind, where you can stop to sleep under the stars aboard our boats for an unforgettable experience.

An example of a seven-day itinerary:

Vulcano: the southernmost island in the entire Aeolian archipelago, it is less than 12 miles from the northern coast of Sicily. It is formed by several volcanoes, the highest of which-the Great Crater-dominates the harbor. The last eruption completely destroyed the settlement, but today volcanic activity is limited to fumaroles, hot sulfur springs and underwater boiling gas pools that heat the sea water in some places. From the sea, Vulcan offers fantastic views of impervious, multicolored coastlines.

Lipari:Lipari is the capital of the Aeolian Islands; it is the largest, most populated and best equipped island in the archipelago. And it was also the first island to be inhabited, in fact the first inhabitants of the archipelago settled on Castle Hill, around which the beautiful town of Lipari later developed. Lipari is an extremely pleasant and fascinating port of call with its narrow streets leading up to the castle built in the 16th cent. 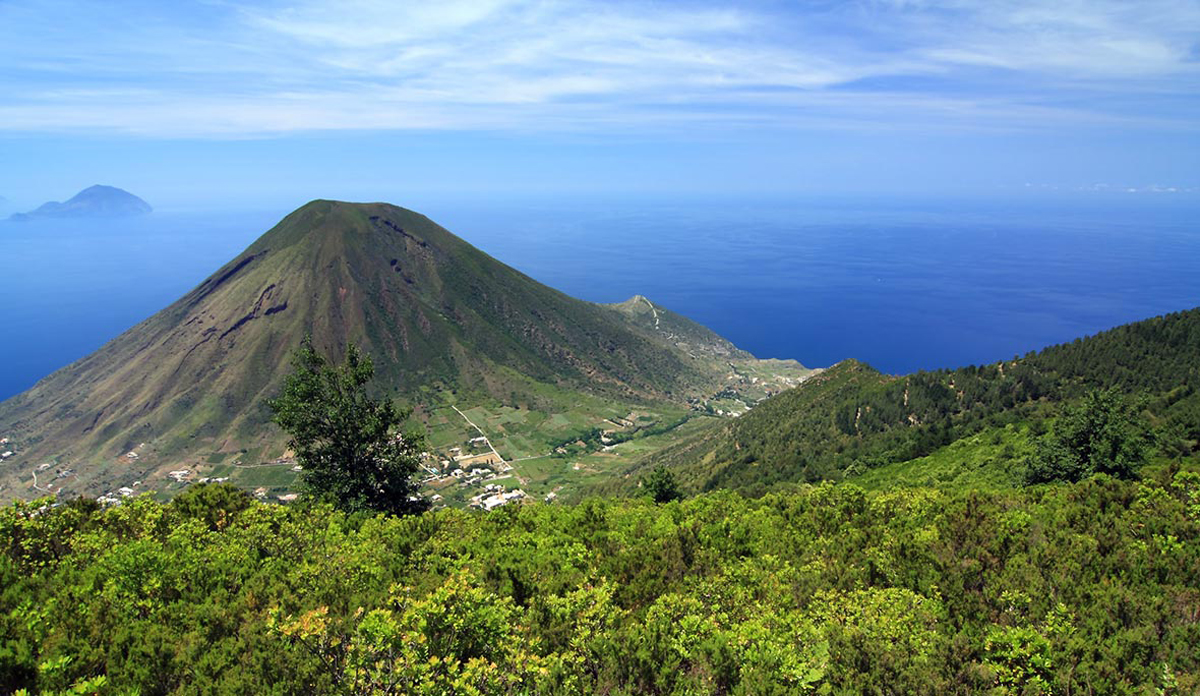 Salina: is of the Aeolian islands the highest above the sea, about 960 mt. It consists of two interconnected peaks, and is also the greenest island. It takes its name from the ancient salt pans, now completely abandoned but still visible at Punta Lingua, SE end of Salina.

Panarea: Arguably the most frivolous of the seven sisters, it is called the Capri of the Aeolian Islands. Everything is extremely well taken care of up to and beyond the details, strictly in the Aeolian style. 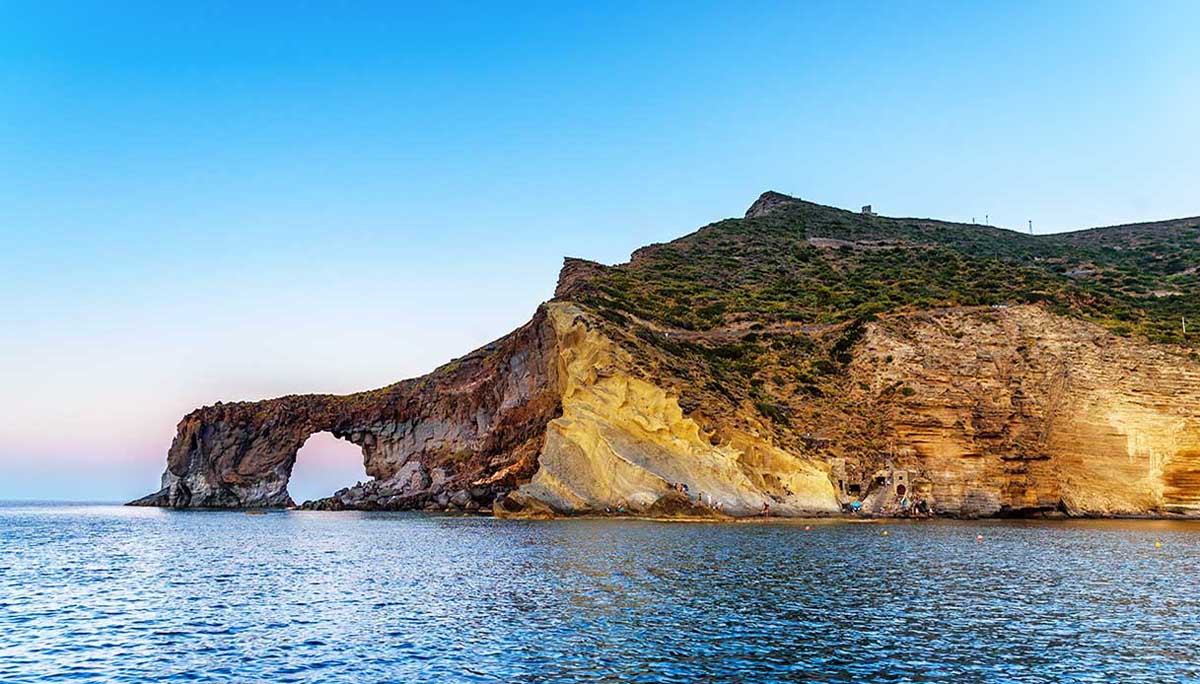 Stromboli, the Volcano Island: the northernmost of the Aeolian Islands, it is home to the most active of Europe’s volcanoes. From the Navy Observatory at Punta Labronzo, the frequent and spectacular eruptions of this explosive giant of nature are perfectly visible. A few hundred meters to the northeast of the island stands the Strombolicchio rock, which was created by one of the oldest volcanic eruptions ever to occur on the Aeolian Islands and now sports its splendid solar-powered lighthouse. For an even more evocative experience, starting a few hours before sunset from the small square of St. Vincent’s Church, climb to the top of the volcano, accompanied by local volcanological guides, to enjoy the superb spectacle offered by the nighttime eruptions.

Filicudi : has a conical outline prolonged toward the SE (Capo Graziano) that connects to the central body with a low plain (Piana del Porto). Filicudi’s coastline is steep, almost everywhere deserted and difficult to access. The coasts are surrounded by shoals and dangerous rocks, so use caution and always consult nautical charts. Not to be missed is the Sea Ox Cave. 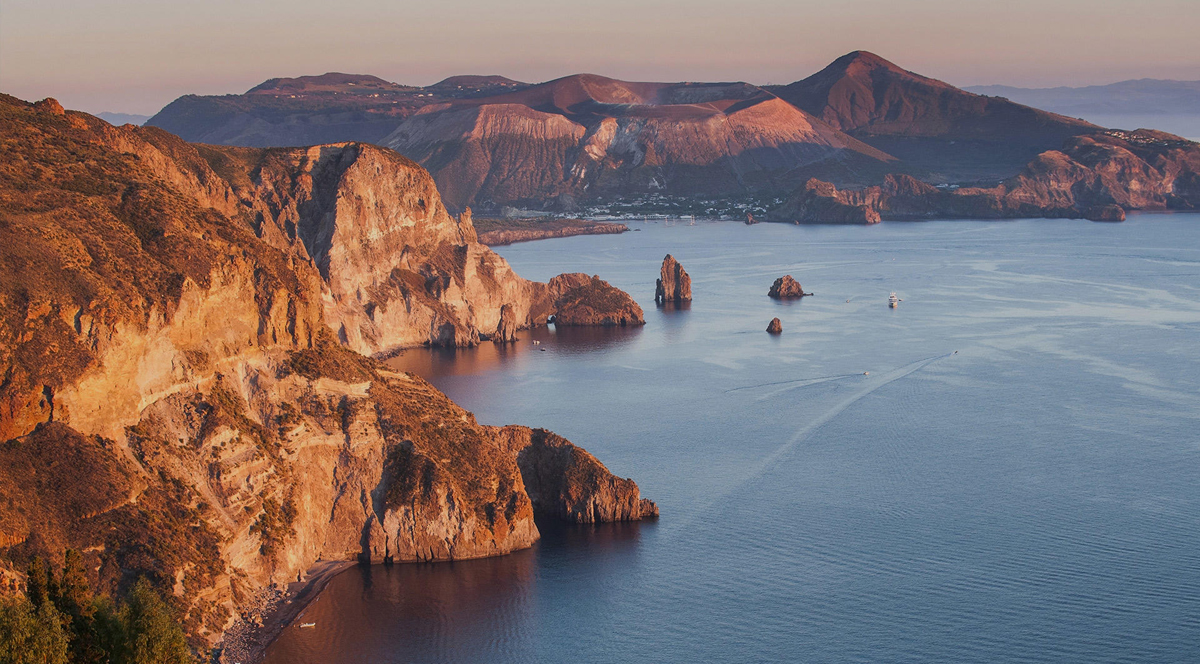 Alicudi :the westernmost of the Aeolian Islands, about 34 nautical miles west of Lipari. The abundant wild vegetation growing on this strip of land made it an ideal location for director Nanni Moretti, who shot the film Caro diario (Palme d’Or at Cannes in 1994) there. Alicudi is dominated by Mt. Filo dell’Arpa, an extinct volcano of about 5 km2, which covers the entire island and offers unforgettable views: in fact, from the top one is immersed in a landscape made up of crystal-clear, black sea. Not far from here, it is possible to visit the Timpone delle Femmine, a natural stronghold once used as a refuge against the raids of privateers and pirates.

Report an abuse for product Eolie