INTERVIEW Francesco Bruni reveals: “Me and Spithill? We will steer Luna Rossa together”

Home INTERVIEW Francesco Bruni reveals: “Me and Spithill? We will steer Luna Rossa together”

Francesco “Checco” Bruni, one of the strongest Italian sailors, but above all the helmsman (or rather, co-helmsman) of Luna Rossa. Here is what Checco told us, in connection from Auckland, in the events pavilion of the Milan Yachting Week – the Digital Boat Show.

We started from afar, with him: from his “first steps” in the waters of Palermo, in a family with sailing in blood. “My family has been a family of sailors since the Stone Age,” he told us. The Bruni we don’t know: the relationship with his brothers, his sons, the Doyle sailmaker, the moth… And then the America’s Cup with Luna Rossa Prada Pirelli Team, the relationship with the rival/companion at the helm Jimmy Spithill. A long chat. An unmissable interview.

CLICK HERE AND WATCH NOW THE INTERVIEW WITH FRANCESCO BRUNI 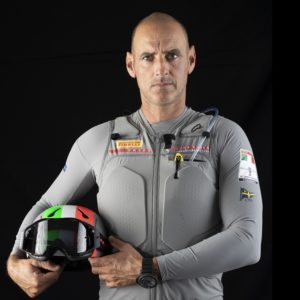 WHO IS CHECCO BRUNI

Francesco is one of the most complete, eclectic and titled Italian sailors: in 30 years of sports career he has to his credit 7 World, 5 European and 15 National titles in various classes, from the Laser to the deep sea, from the Star to the 49er and he was first in the ISAF world ranking of Match Race in 2011. He has participated in three Olympics and is vice world champion in the Moth class.

This is his fifth America’s Cup, the fourth with Luna Rossa.

CLICK HERE AND WATCH NOW THE INTERVIEW WITH FRANCESCO BRUNI