The Vascotto-thought about the America’s Cup and the importance of young people in the Luna Rossa team (and young people in general). Vasco Vascotto, one of the most titled Italian sailors, and one of the most successful in the world, as well as tactician of Luna Rossa Prada Pirelli Team, confesses to our microphones live from Auckland. An unmissable interview, between “Vascotto” humor and moments of pure emotion, the one he gave us in the events pavilion of the Milan Yachting Week – The digital Boat Show.

CLICK HERE AND WATCH THE INTERVIEW WITH VASCO VASCOTTO NOW 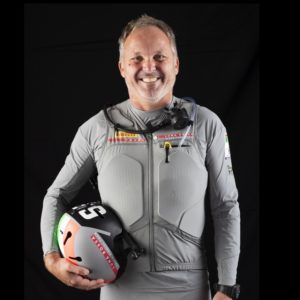 WHO IS VASCO VASCOTTO
Vasco Vascotto started racing when he was six years old in Trieste, his city. During his long career he has collected numerous successes: 25 world titles, 25 Italians and 15 Europeans in the off shore classes for monotypes, from J/24 to TP52, from Farr 40 to ORC 670. He has won three MedCups and one Admiral’s Cup. He has participated in two America’s Cup campaigns, of which this is the first with Luna Rossa.

CLICK HERE AND WATCH THE INTERVIEW WITH VASCO VASCOTTO NOW

Also the next appointment will be unmissable. We will have, live from Auckland, Francesco Checco Bruni, the helmsman of Luna Rossa!